Wolf Bite – One Hundred Years Ago 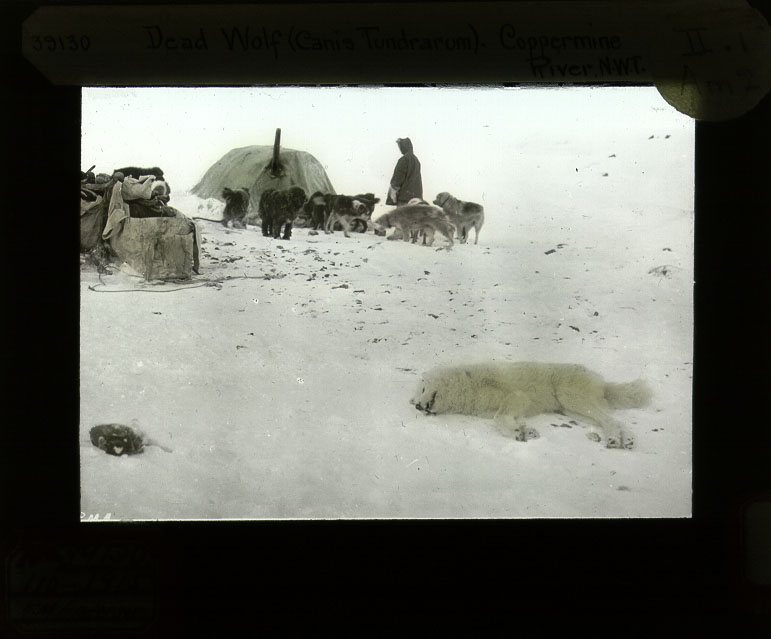 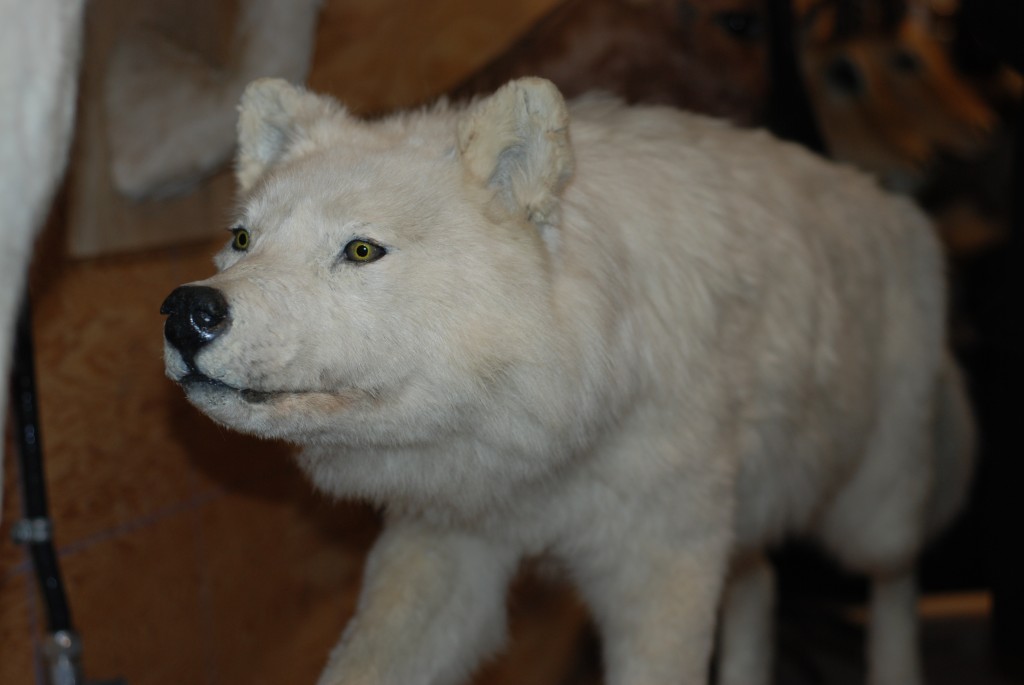 The wolf that bit Diamond Jenness in 1915, at the Canadian Museum of Nature in 2011. Photo by David R. Gray

It was on February 10, 1915, that CAE ethnologist, Diamond Jenness, was bitten by an Arctic wolf near Bloody Fall on the Coppermine River. One morning the CAE men – Dr. Anderson, Frits Johansen, Aarnout Castel, Palaiyak and Jenness – heard a commotion among their dog team, and burst out of their tent. A wolf was amongst the dogs and Jenness threw a rock to drive it away. The wolf left the dogs and sunk her teeth into his forearm. Jenness wrestled with the wolf until Anderson was able to shoot it. It was a large female, pure white and in good condition. Anderson describes the injury in his diary: “Jenness’s arm was badly bitten and bled profusely, some muscle fibres protruding from the wound, and he was unable to move some of his fingers or turn his hand over, leading me to think that the supinator longus muscle was badly cut.” They remained in camp for a day to allow healing, then carried on with their explorations. Jenness’ arm fully recovered. Anderson skinned the wolf and preserved the skeleton. Later, it was mounted by National Museum (now Canadian Museum of Nature) taxidermists and this wolf has appeared in many Museum exhibits. She was most recently on display at the Canadian Museum of History in the Expedition Arctic 1913-1918 year-long exhibition in 2011-1012.