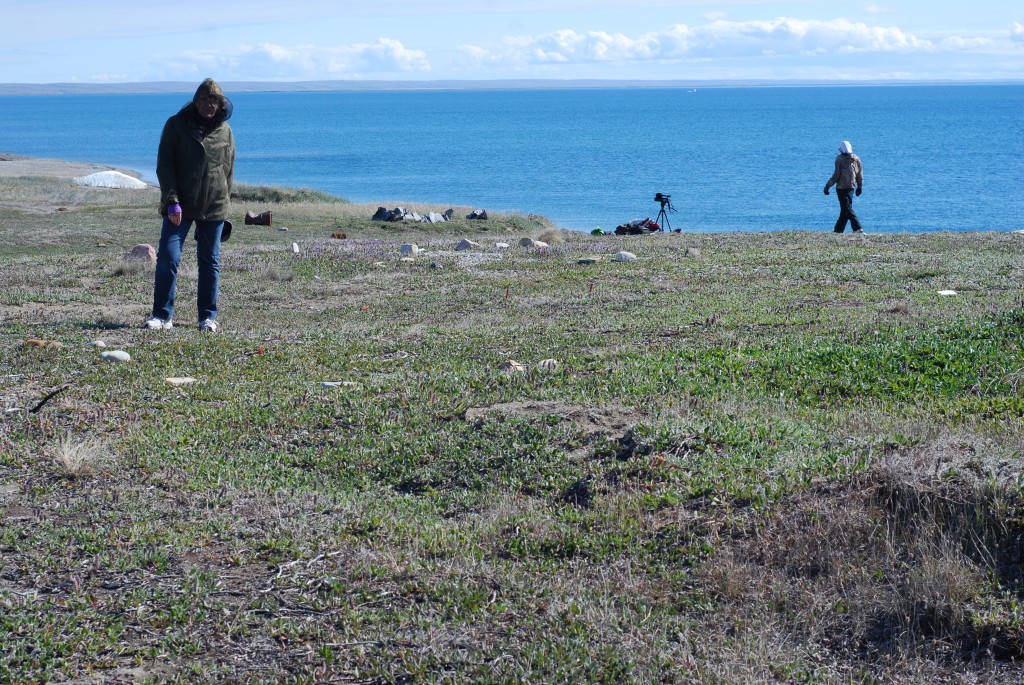 Mitzi and Kyle at the Mary Sachs site with the old house sod foundation in the foreground. July 2013

“The harbour is all frozen over, and it is hardly conceivable that we will ever be able to move the schooner [Mary Sachs] again this season, so we started to unload and get things ready to build a house. For this we will have to use the oil drums, every available stretch of canvas, and all the spars and beams from the boat. …For a raised platform to serve as a bed we used the cases of canned goods and floored the remaining portion with batten from the hold of the schooner. It makes a cosy place. The least fire [in the SUCCESS stove?] heats to a desirable warmth, and when cooking is being done it is almost too hot. But of course, like all canvas structures, it gets cold as soon as the fire is out.” George H. Wilkins Diary.

The men and women of the CAE worked on the house for the next week and put up sheds and tents for storage as well. The “living room” was 11 by 11 feet and 6 feet high at the ridge. The signs of these structures are all still visible on the ground at the site. Though there is no new ice forming at Sachs Harbour today, most of the west coast of Banks island is still blocked by fairly heavy ice. It would have been a frustrating wait for that ice to clear! 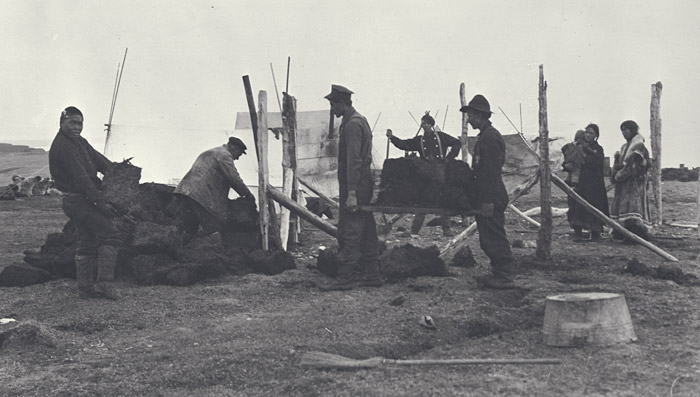