Taking the CAE to China, Part 2 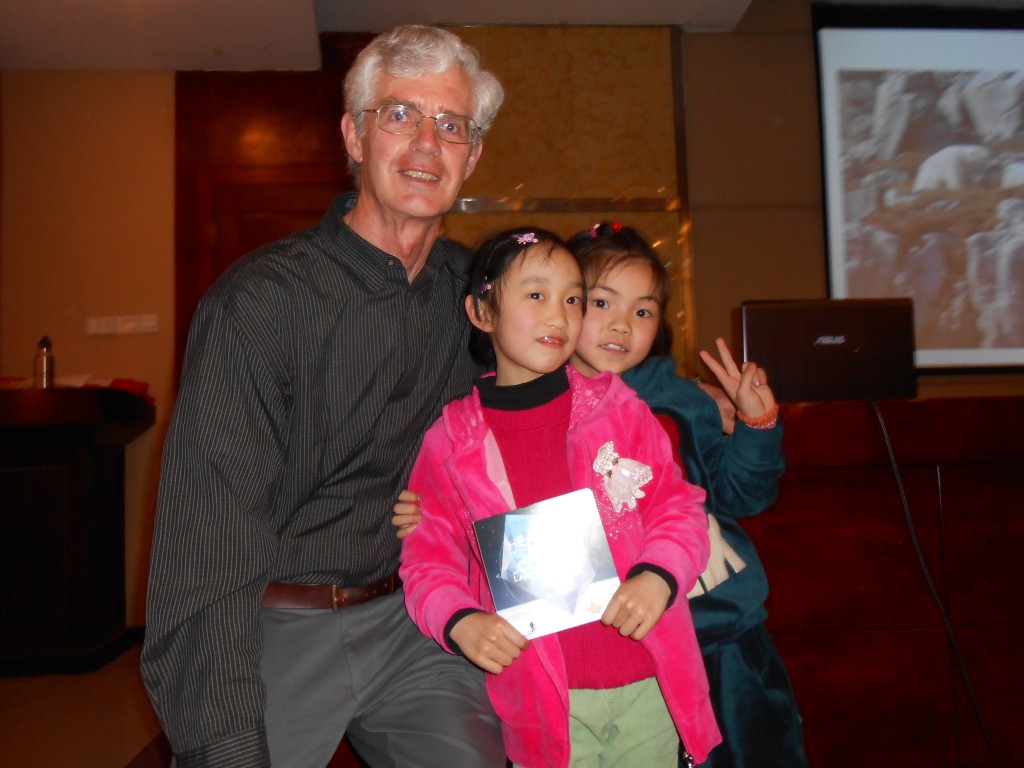 David with the young girl who won the CAE coins. 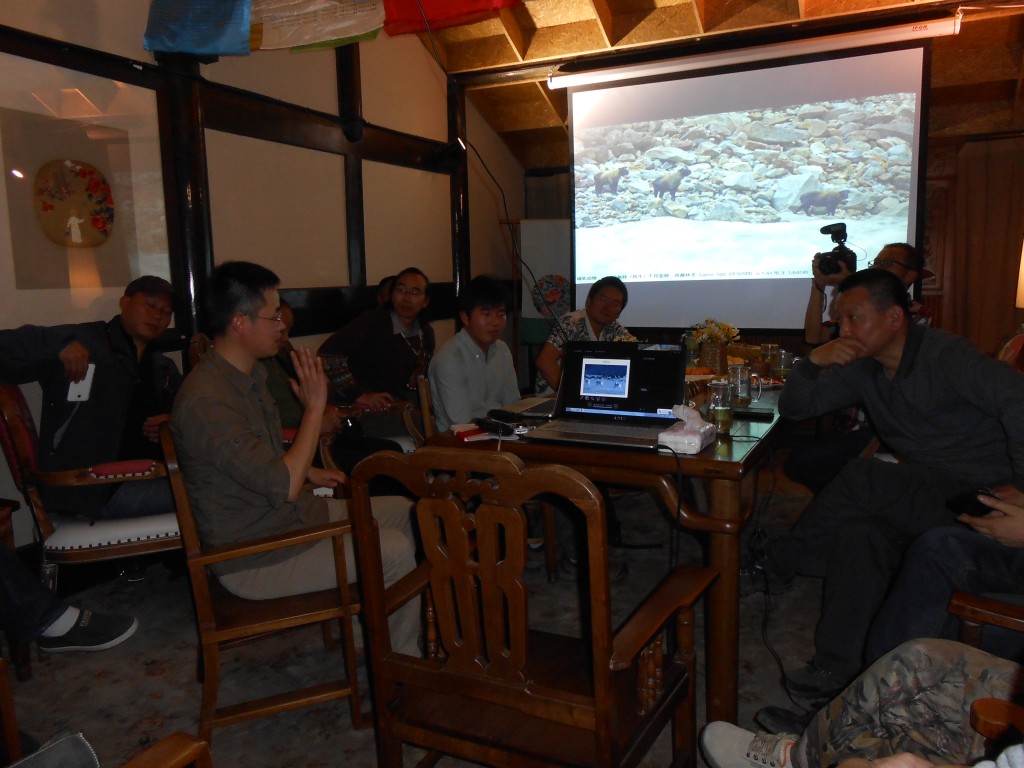 After the events in Shanghai and Wuhan, I flew west again to the city of Chengdu. Known primarily for the Panda breeding center, Chengdu is another very large, very modern city with little left of its past history. I did have an opportunity to visit the Pandas and it was wonderful to see them in moderately large enclosures, looking very healthy and content. The young ones were of course the most amusing with their playful antics and tree-climbing. I enjoyed making the comparisons with polar bears, though it was quite different, watching the adult pandas chewing on bamboo branches with their impressive canine teeth.

In Chengdu I talked with a group of entrepreneurs, who were all members of the “Boss Club,” associated with the Boss Media group. They were an interesting group, asking about everything from global warming to the possibility of taking pandas to the arctic!  The next day I spoke to students and teachers at the Chengdu Technology and Engineering Institute. They too were asking about the impact of global warming, but also about the kinds of Arctic research and the potential for collaboration with Canada. Many of them were in the filmmaking section and so were very keen about the Fading Footsteps video and the difficulties of Arctic filming. At a public gathering at Sichuan University, the audience was more concerned about Arctic wildlife and loved the photos of Arctic hares and foxes and learning about the different breeding behaviours. I had challenged the audience to tell me why Arctic hares were white in the snow-less summer, and the youngest person there (about 8 years old) gave me the best answer and won a set of the Canadian Arctic Expedition coins.
The last event in Chengdu was a gathering of wildlife photographers and outdoor enthusiasts at a recreated Chinese village. I shared my Arctic wildlife photos and stories, and a local photographer shared his photos and stories of the wildilife of south-west China. It was a great experience for me to see the Takin, the closest living relative of the muskox in its natural habitat. I had seen many photos of the Takin over the years, but these were by far the best. And, he showed a short video which convinced me that these two intriguing mammals were indeed related.
Next, on to Beijing…. a capital city known for its Forbidden City, and for terrible air pollution.
David