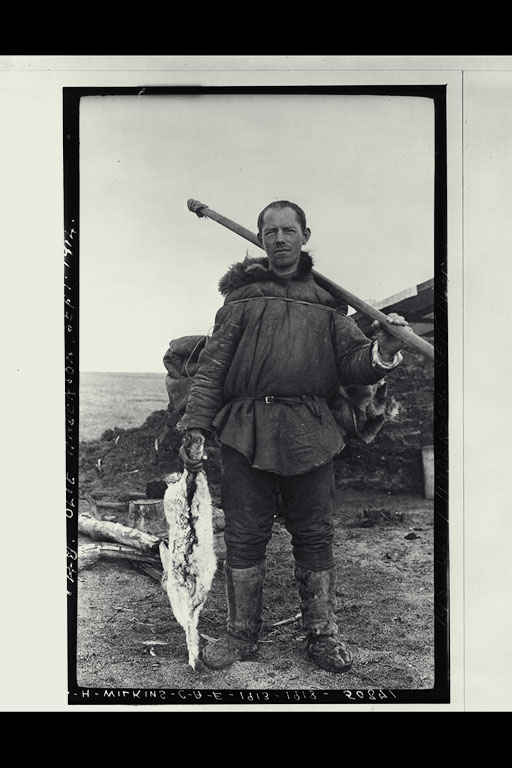 Ole Andreasen just after his arrival at the Mary Sachs camp, Sept. 1914. Note the sod-walled house behind.

When Wilkins returned on September 12, from a trip inland to hunt caribou and to continue the search for Stefansson and his two companions, he found the “missing” men comfortably sleeping at the camp. On the 14th Wilkins, the official photographer for the CAE, attempted to re-create their arrival, staging the shot he had missed. “I got out the cameras and tried to take a picture representing the men’s arrival at the camp, but I am afraid the result will be a miserable failure, for they are not good actors. I was getting impatient with their clusmy attempts and by the time I was ready to take individual portraits, I am afraid that some of the party at least were not looking their pleasantest.” 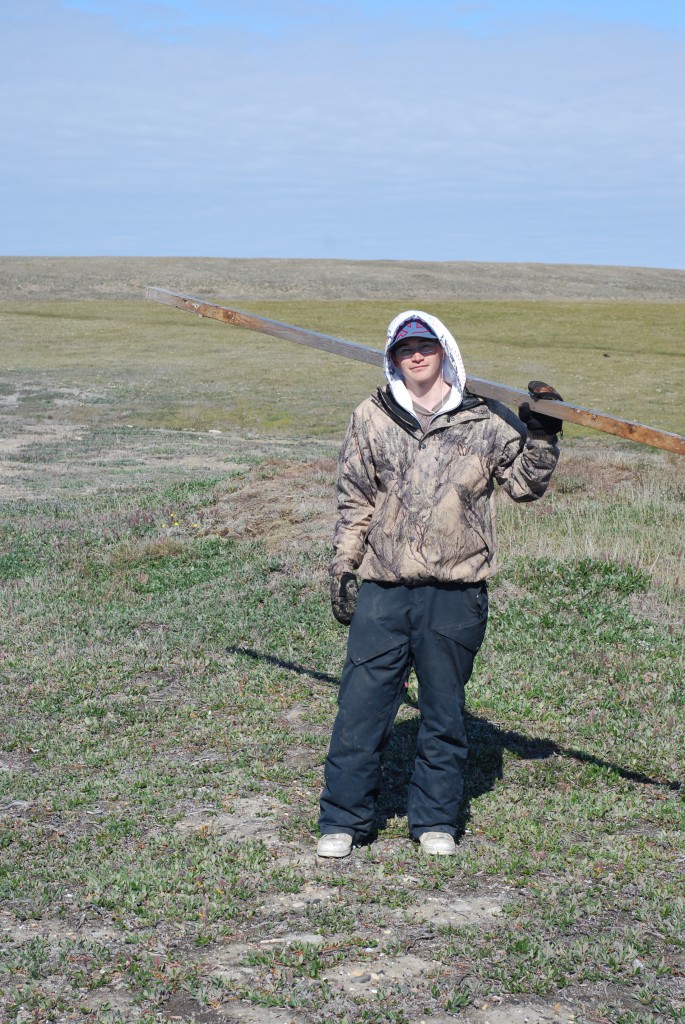 Meanwhile, the men of the Southern Party were also still engaged in establishing their winter headquarters on the Arctic mainland….

“I was cook, so turned out before 6 a.m. and cooked cornmeal and fried a seal liver. …The others continued work on the house. The temperature was fairly low – about 33oF (0oC).” Diamond Jenness Diary.

Dr Anderson was on board the CAE schooner, Alaska, making their way back through the ice to Bernard Harbour from Herschell Island, Yukon, with fuel and supplies…

“Sailed at 5 a.m. Worked some slack ice near Sabine Point and reached Shingle Point about 9:00 a.m. Saw R.N.W. M.P. tent there on beach – the only tent, and went ashore. …Thought of taking on some spars here from the immense piles of driftwood here, and pulled out a few, but as breeze was freshening when we got on board, decided not to delay here, but to get across the Mackenzie delta at once while the wind was fair. Sailed at 10:10 a.m., all sails set.” R. M. Anderson Diary