The CBC Ottawa Morning interview went ok today. It seems I missed an opportunity to do some fund-raising for the production of the documentary, but I have difficulty keeping all those practical thoughts at the forefront once I get talking about the experience! I was on earlier than expected because the Premier of Ontario, Kathleen Wynne, was another guest. I had a chance to speak with her after the interview and she wanted to know everything about our Expedition and the original CAE as well. So now she is on the list of those who want copies of the film.

I have now downloaded all of my still images and have dropped off the 9 hours of video tapes for conversion to DVD. Hoping to get started on the documentary editing this weekend. 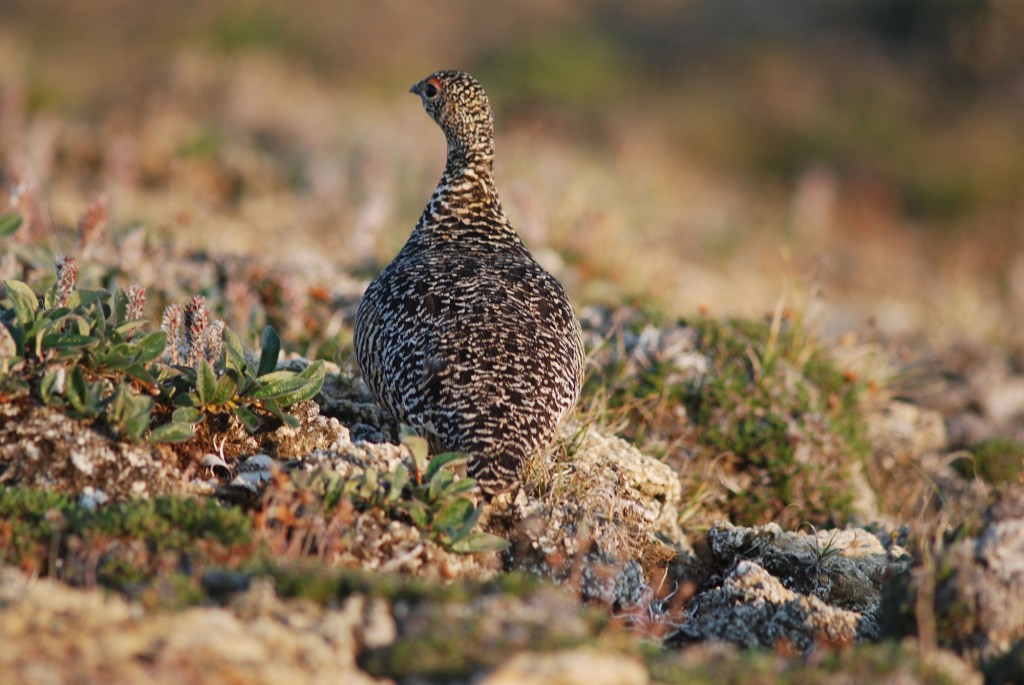 Attached is a photo of a female Rock Ptarmigan, making herself conspicuous, as her chicks hide from us intruders. South of Hill 1936, Banks Island, August 8, 2013.