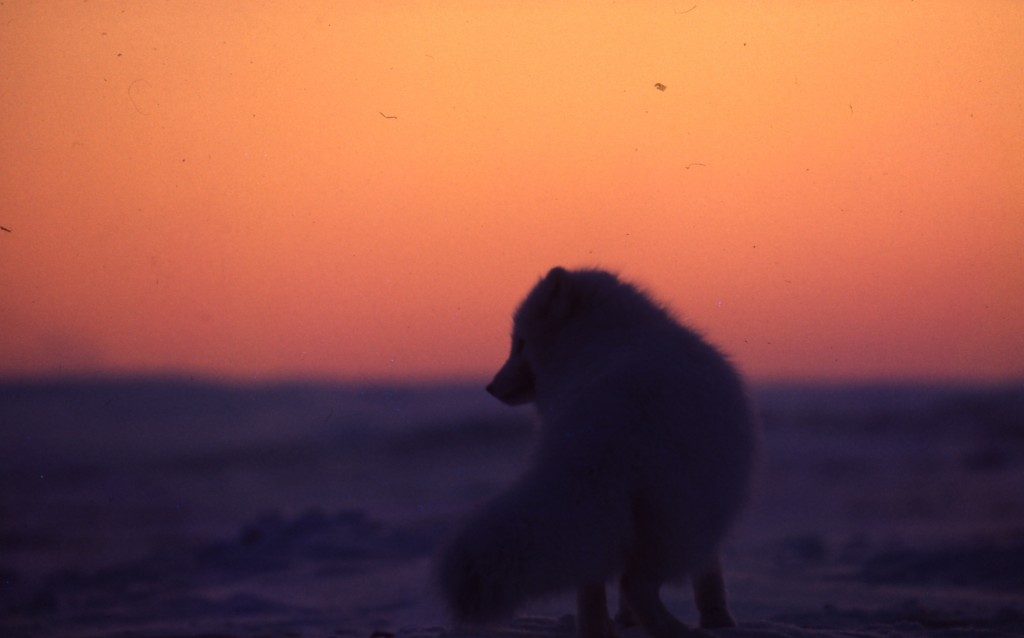 During this week in February 1915, Wilkins was traveling north from the CAE camp at Mary Sachs, Banks Island, (where we spent much of August 2013) to establish an advance camp for Stefansson who was heading north to look for “New Lands.” Wilkins was right where we need to be this coming summer in order to finish off our own Arctic Expedition and find the remains of the CAE camps, and the “Desperate Venture” camp left behind by Nap Verville and Sandy Austin in 1932.

These 3 diary entries give an interesting set of views of the joys and hardships of traveling in the Arctic winter. It is a lot easier when you have a comfortable camp to return to!
Sir Hubert Wilkins Diary, February 19, 1915. NW corner of Banks Island
(-40 degrees, clear,light breeze).
“When the fog lifted we found that the land I had been heading for was an island and that two or three more extended from here to the northward. The coastline was soon obscured again by fog, so we headed for the foot of a high hill, whose peak we could see above the drift. This is probably Cape Alfred, but the drift was too thick to see tonight. I hope it is fine tomorrow for I want to get a look to seaward, for there seems to be more islands about here than those charted as the Gore Islands. It has been frightfully cold travelling today. I have frozen all one side of my face and my nose and one wrist. Thompson and Natkusiak have frozen their faces also. Billy the dog has frozen his flank, poor beggar. He works too hard and is getting very thin.”

Napoleon Verville’s Diary, February 17, 1932. Southern Banks Island. “On the 17 we had not eaten since the 10, so Sandy killed Lady, one of my dogs for food for our self, and killed another for the dogs that were left. On the 18 we pulled out for David’s again, with the intention of waiting for lots of sunlight and we would try another route. The sun was with us now. We had seen it through the drifting snow on the 17 of Feb. I told Austin that we had to make it to Cape Kellet in one forced march, for we had only 1 Primus stove of coal oil left, 1 American qt. He said, ‘I will make it or bust.’ So we pulled out on a 75 mile forced march. With the body weakened by diminished nourishment and the spirit bowed down by the stark relentless winds, plus the severe cold. From the whole of the trip the thermometer registered around 34 below. I told him when we left that I would forge ahead and go on to Cape Kellet, gather wood and have things ready when he arrived.”

David Gray’s Diary, February 18, 1971. Polar Bear Pass, Bathurst Island. “No radio traffic. Another fine morning. Watched the muskoxen down near the river cliffs beyond Obloomi Lake. Herd of 13 became 25 and nearby 18 moved together during noon and became 44 +? I took pictures of the igloo and inside to finish off roll of HSE film. Cold on the nose! In afternoon I went for a ski into the hummock area NW of camp. Saw hare and caribou and much fox sign. A beautiful place – hummocks and owl mounds rearing up through the snow with the dried grasses almost luxurious. Saw no actual life all day except muskoxen, despite several long horizon scans.  Saw the Northward Aviation Twin Otter flying over near camp headed north again today. It was good skiing, and my back and knee felt fine. We listened to Radio Canada International and heard about David Anderson and the Alaska Pipeline fight in Washington D.C. Also the London to Victoria air race. After supper I did a summer dull day painting of Eastwind Point.”