There will be another radio interview about our Arctic Expedition tomorrow (Thursday August 22) on CBC North at 07:40 MT/09:40 ET. I have now seen a small portion of the underwater shots we did with the GoPro camera that Henry’s of Ottawa provided. It worked really well for close-ups of marine invertebrates and some rusty “treasures” on the sea bed. I can’t wait to see the rest of the HD video images!

Attached is a photograph of Samantha and John Lucas taken on the day we tried to get around Cape Kellet by small boat (August 3, 2013). The sea was unusually calm, but you can see the ice blocking our way in the background. Samantha’s grandmother, Violet Mamayuk, was hired by the CAE in 1916 to help out in camps and as a seamstress for making winter clothing. Both Samantha’s and John’s families lived in the villages on the west coast of Banks Island in the 1950s. 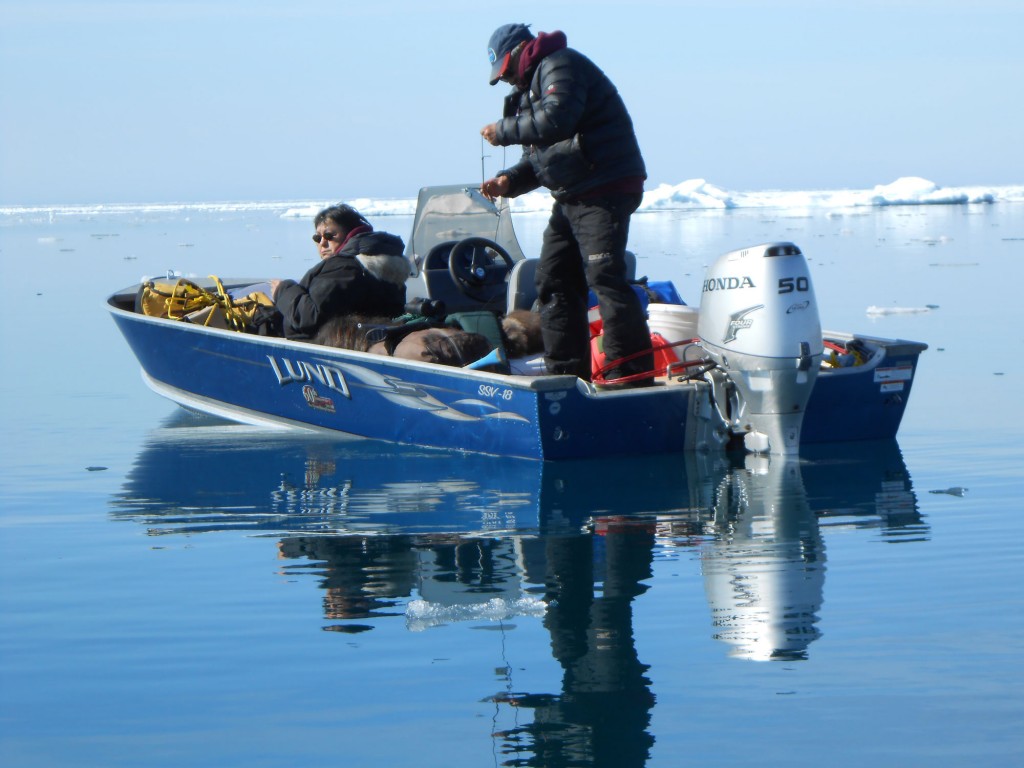