Ice and Wolves 99 Years Ago

“The wind continued all night, but had not the least effect on the pressures ridge at the Cape. The young ice was still thicker, but now in the form of “slob” because of the wind. It looked as if we were to be held up here for the winter, so we prepared to take some of the things off the deck [of the Mary Sachs] so as to start unloading tomorrow.

A wolf made its appearance on a hill near the ship at noon, but we did not succeed in getting it.

I have been preparing ornithological specimens most of the day, and Mrs. Storkerson and Jennie [Thomsen] found an old knife with a bone handle and an iron blade.” 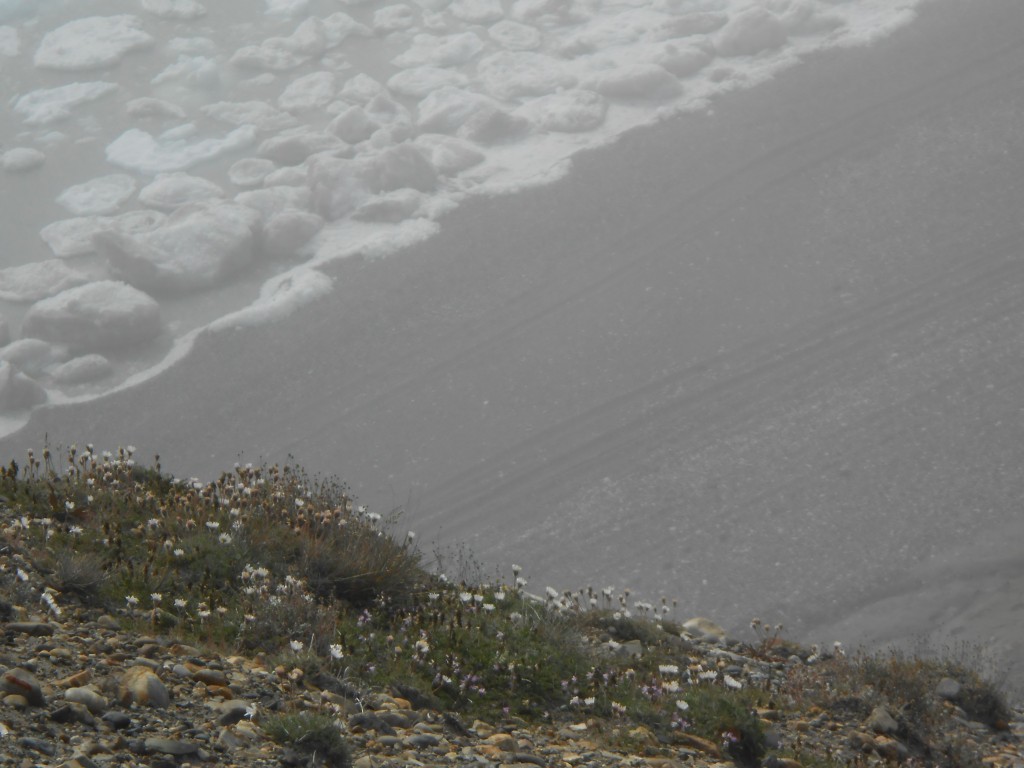