September 24th 1914, on the west coast of Banks Island

“The wind had changed during the night and the ice was once more tight up against the beach. So much for waiting for a better opportunity. Yesterday with a deal of trouble we may have been able to take the launch and dory home [to Cape Kellet], but today it is impossible, and we hauled them out and cached them on the sandspit beside the freight.”  Diary of George Hubert Wilkins

From the distances and landforms mentioned in Wilkins’ Diary, it seems that they had landed at what is now called Sea Otter Harbour, where we camped on our overland excursion on August 6 and 7, 2013. It is interesting to speculate on whether the CAE camp and cache left here had any bearing on the later use of this site by the Bankslanders who established their own little settlement here in the 1930s. 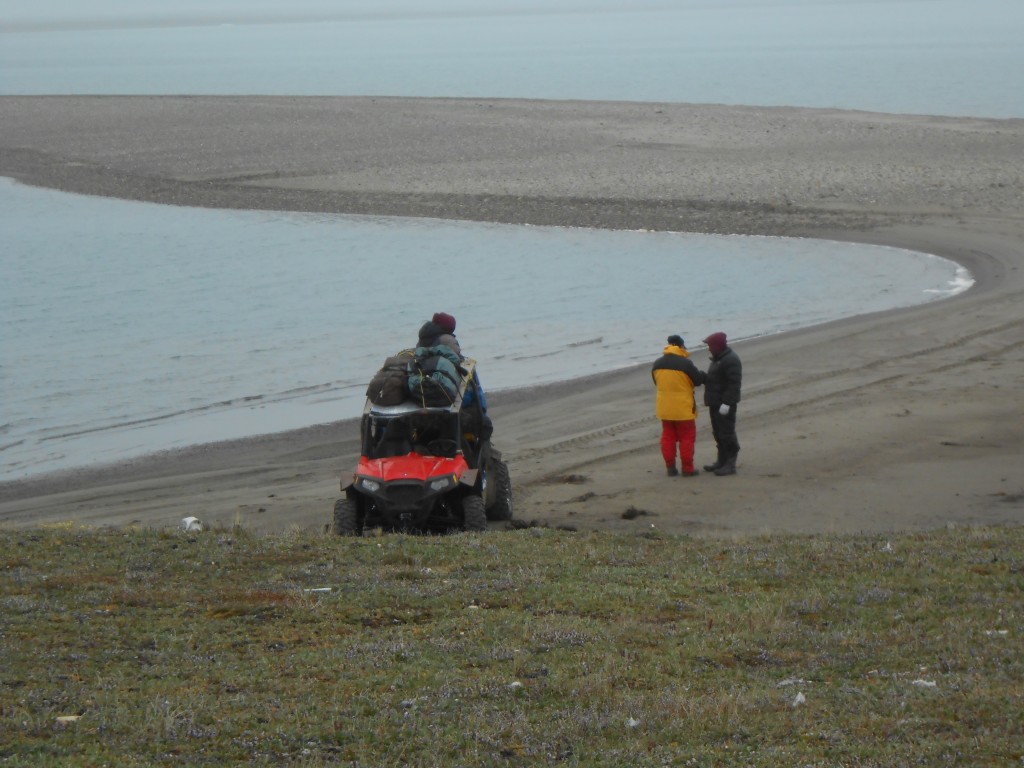 Some people have been enquiring about Captain Bob and the Bernard Explorer. They are still in Nome, Alaska, where Bob has taken on a job in the gold mining industry. The Explorer may be pulled up in Nome for the winter.

Our Evening in Banksland on Saturday the 28th, will also be something of a reunion as both Mitzi Dodd and Mack MacDonald will be there too. It is going to be a good evening of Arctic stories, photos, and connections. Feel free to invite anyone interested. Trinity Bible Church, 4101 Stagecoach Road, Osgoode at 7pm.