Back to blogging the Canadian Arctic Expedition 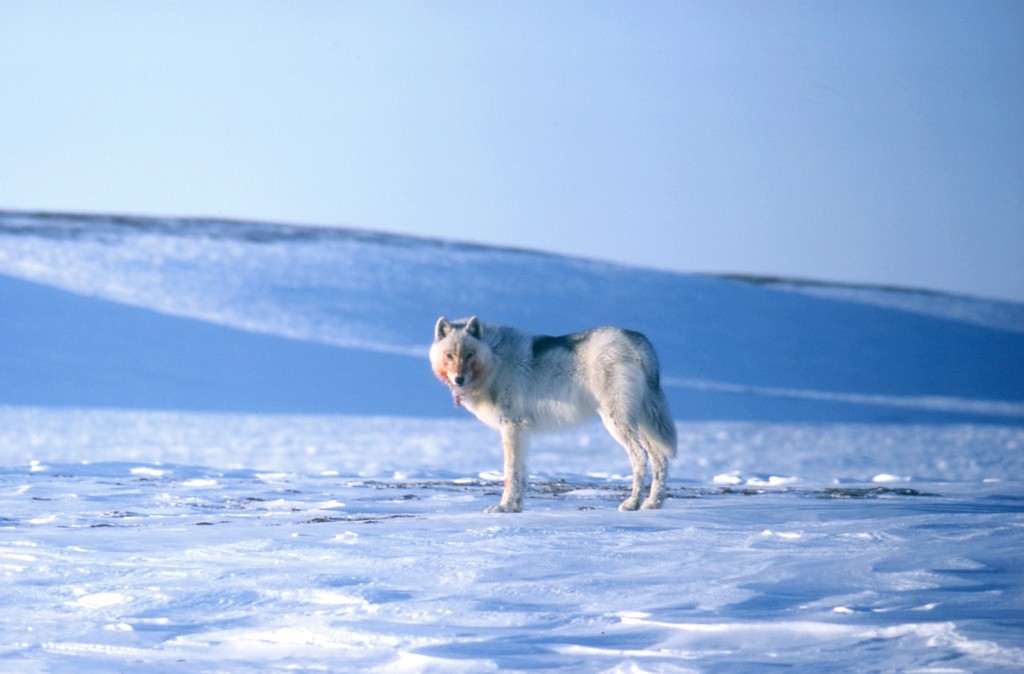 After a long gap, I am re-starting the CAE blog. This week I am posting a February diary entry from three different Arctic expeditions that are close to my heart. The first is from the CAE southern party’s 1916 trip up the Coppermine River. The second is from my Desperate Venture book manuscript about the two trappers who went Banks Island in the winter of 1931-32. And the third is from my own overwinter adventure when I was studying muskoxen on Bathurst Island in 1970-71 with Don Cockerton. I plan to do this on a weekly basis as a daily blog is just not possible at the moment.

1916. COPPERMINE RIVER, N.W.T. [now Nunavut] (at Bloody Fall creek). Feb. 12, 1916.           Dr R.M. Anderson’s Diary:  “Caribou – Ambrose, Adam, and Ikey went over the hills to the south, for several miles, between camp and the Escape Rapid and saw one herd of 21 Caribou. They shot six – five females (all with small embryos), and one young bull, all with antlers. They said they saw some bulls that had shed their antlers. Adam found a long copper arrow-head inbedded in the throat of one of the caribou”. [Ambrose Agnavigak, Adam Ovayuak, and Ikey Bolt]

1932. Crossing Amundsen Gulf, NWT (from Banks Island to the mainland) February 6 to 9, 1932.  Napoleon Verville’s Diary: “When the ice broke between the shore and our position, I headed east, keeping the wind on our side. We traveled all that day. Built a snow house about 1 mile from open water. At the time we had 2 gal of coal oil left, 20 lb. of roll-oats. Austin had five dogs in harness and one running loose. I had the same. The next day the ice worked more west and driving us North East towards Victoria land. Another field of ice broke loose from the main ice and joined the field we were on. We got on that and continued till we hit open water on the other side. That was the 8 day. There I built a snow house and shot two seals, but could not get them. The next day, 9 of Feb., the ice drove us N west from where we were the day before. We could see Nelson Head in the distance, a little North of our position, also water smoke between us and it. So we swung west and traveled for 2 days.”

1971. Polar Bear Pass, Bathurst Island, NWT (now Nunavut). February 10, 1971. David Gray’s Diary:         “Saw muskoxen briefly and then we started to build our “domed snow house.” We located it just below the observation drum on a hard smooth drift and where the hill itself could be used as concealment if muskoxen, wolves etc. were approaching from either east or west.  Started by digging out crust in a circle. Used some very large blocks for bases and started going around. The sun was up along the ridge for some time during midday and it sure was great. The snow gleamed pink in the sunlight. Started having problems with the blocks on the third level and as it got duller in light, more caved in on me and we gave up for the day. Had supper and lunch together quite late. Had a relax with music. Worked all the sun long. “ [The next day we checked the “Northern Survival” book and got the angles right and the three bearing points for each snow block, and finished the iglu with no problems].