“Thomsen and I went to Cape Kellet for a sled-load of wood today…. The ruins of an Eskimo village were noticed on the tundra a hundred yards from the beginning of the sandspit. More than twenty houses can now be distinguished. The village may have originally consisted of many more, for some of those that remain are right at the edge of the beach. The frames of the houses were of whalebone…” George H. Wilkins Diary

Today there are even fewer of these Thule Inuit houses at Cape Kellet. The archaeologists date these ruins at about 1000 years ago, a time when bowhead whales were probably more abundant in the Arctic. 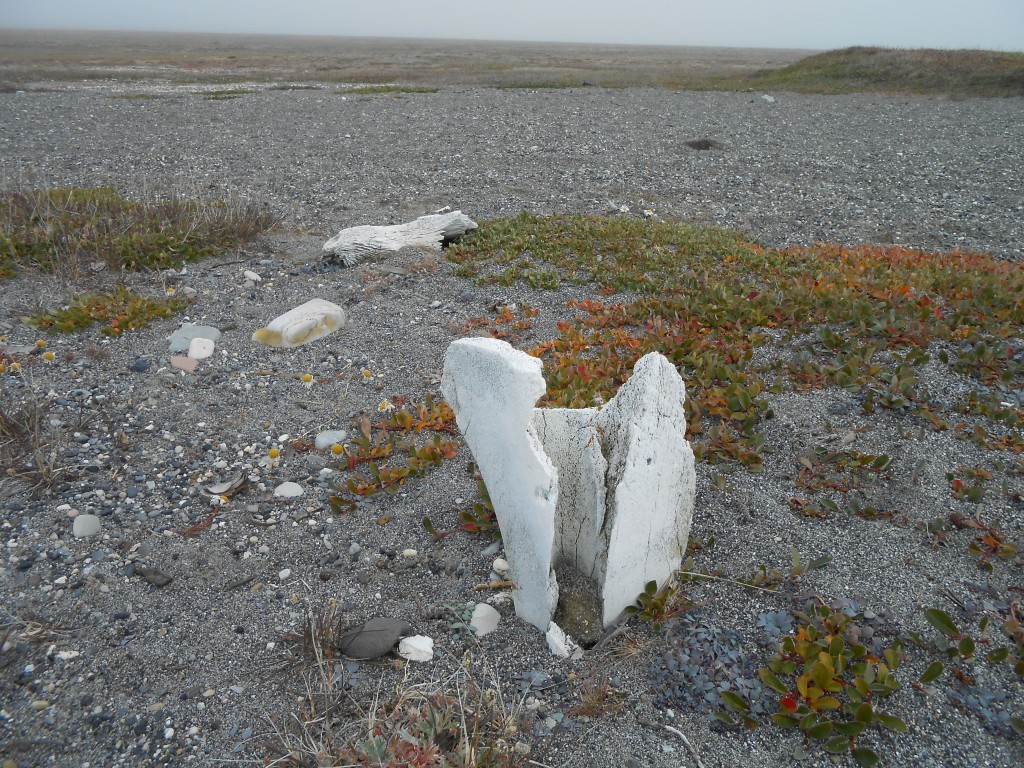 The stub of a bowhead whale bone house post at the Cape Kellet Thule Inuit village, 2013

There will be a gap in the CAE blog for a few days as Sally and I go for a short canoe camping holiday, to enjoy the last swimming of the year, with no fear of Polar bears!