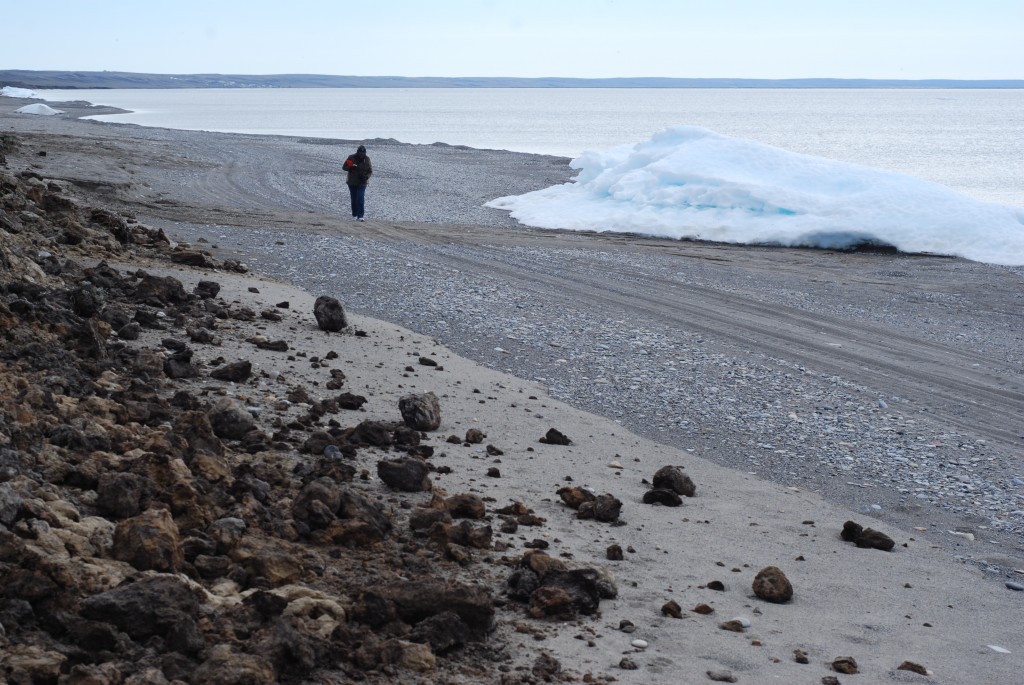 Eroded beach and turf below the Mary Sachs site in August 2013.

In George Hubert Wilkins’ CAE diary for August 29, 1914, he describes finding the site where he and his crew eventually set up the Northern Party headquarters. This is the site where we recently spent a week documenting what we now call the Mary Sachs site. “I had noticed a small creek [now named Mary Sachs Creek], now dry, and a small lagoon, which although connected to the sea in exceptionable high tide, was now separated. Between the lagoon and the sea was a low sandy beach for about 200 yards, which would be suitable for the hauling of the schooner should we have to winter here.”  He goes on to describe the ice conditions: “….the ice in the bay appears not to have moved out at all this summer, but to have been carried from side to side. However, no two seasons seem to be alike in these latitudes, and one never knows what the ice conditions may be like next year.” Wilkins was concerned that they had found no signs of Stefansson and his men and was planning a trip farther north if the ice would permit. They brought the Mary Sachs to this new site. On the 30th of August he noted: “…the sea has at some time been high up on the tundra, and now at high tide the waves lap the turf.” Now in 2013, the waves could only “lap the turf” in a wild storm as the sand and gravel beach below the site has been washed away.